* OFFER -10% BY SUBSCRIBING TO THE NEWSLETTER

What does the WHO say about CBD?

The WHO affirms, that CBD has promising therapeutic properties, is not an addictive substance nor is it harmful to our health. Learn more!

The WHO on the use of CBD: it is not addictive nor harmful and possesses many therapeutic properties

“There is preliminary evidence that CBD can be a useful treatment for medical conditions … epilepsy, anxiety, inflammatory diseases, pain, nausea, etc …”

This is reflected in the Expert Committee on Drug Dependence of the World Health Organization (WHO). This committee met in Geneva (Switzerland) from November 6 to 10, 2017 to discuss the therapeutic potential, adverse effects and potential dependence of CBD. The agency has published a report containing the conclusions of the top cannabidiol (CBD) experts. In addition to recognizing the potential of CBD in the treatment of epilepsy and other diseases, the report recalls that «it is not on the list of the United Nations International Drug Control Conventions of 1961, 1971 or 1988», which means that: The United Nations does not consider CBD to be a drug.

This report from the World Health Organization represents an important step for medicinal cannabis as it opens the door to new research focused on the therapeutic potential of CBD.

Today we will summarize the analysis and conclusions drawn by this commission, the report in general is pretty dense.

Summary of the expert-led OMS analysis of CBD:

CBD, the cannabinoid that is legalizing cannabis

In Europe CBD is already legal in Switzerland and the UK, but the CBD wave is definitely global. This cannabinoid has already been removed from the World Anti-Doping Agency’s list of banned substances, allowing professional athletes to consume CBD since 2018. This means that cannabis, with levels of THC lower than 0.2%, has been removed from prohibition lists of international organizations and is on its way to becoming an ally for the physical training of athletes.

How is CBD used?

The action of the active ingredient depends mainly on its kinetics in the organism, being the release process the most influential. In this case, the oral release takes longer (the effect does not begin until 30-90 minutes) and is also more prolonged (up to approximately 4 hours). The topical action has a localized action and can be beneficial for the treatment of inflammatory skin diseases such as dermatitis, eczema, psoriasis, and acne.

CBD consumption is based on personalized therapy for each individual and the reason for use in each specific case, taking into account the regulatory framework of each country. In general,the cannabinoid does not present any known adverse effects at any therapeutic dose, although this does not rule out the existence of certain pharmacological interaction, aka mixing with current medication.

CBD’s action depends above all on its chemistry of our organism, the liberation process being the most influential. In this case, the oral release takes longer (up to 30-90 minutes for the effect to start) and in the same way lasts longer (up to about 4 hours). Topical action has a localized effect and can be beneficial for the treatment of inflammatory skin diseases such as: Atopic dermatitis, eczema, psoriasis and acne.

Based on a multitude of clinical trials that have taken place on the subject, it is recommended to find your dose by trial and error dosing, with small doses, for several days. This allows users to listen to their body and understand the varying effects that CBD can have on different people. Small doses throughout the day are preferred over a single dose of greater amount or concentration of the substance.

Bibliography:
Annex 1- Extract from the Report of the 41st Expert Committee on Drug Dependence: Cannabis and cannabis-related substances. 2019 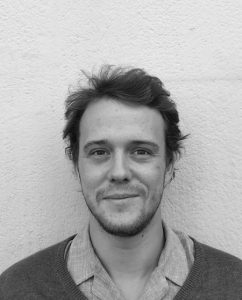 Entrepreneur, designer and economist. Dedicated to the development of social businesses, and innovation applied to health. Apprentice beekeeper. Currently focused on researching the macro-economic level of Cannabis and its impact in the field of job creation, wealth creation and social welfare.