* OFFER -10% BY SUBSCRIBING TO THE NEWSLETTER

What is CBD? History, benefits and properties

CBD, or cannabidiol, is a natural compound found in the cannabis plant. Learn about its history, benefits and properties.

The Cannabis Sativa L plant produces different compounds, among which cannabinoids stand out, almost totally exclusive to this species. Cannabidiol, known by its acronym CBD, is one of the two main cannabinoids (along with Tetrahydrocannabinol or THC) among the more than 100 that are present in the plant. Phytocannabinoids, like CBD, are molecules which have been found to be very promising for medicinal and therapeutic use due to the multitude of benefits and properties such as their; anti-inflammatory, antioxidant, analgesic, antibacterial and anxiolytic effects.

Where does CBD come from?

Before talking about CBD we have to talk about the Cannabis Sativa L plant, a plant that has been used for thousands of years medicinally, therapeutically and spiritually. Dr. Cristina Sanchez, a prominent scientist in the cannabinoid sector specializing in breast cancer and part of the Spanish Observatory of Medicinal Cannabis describes Cannabis as “a whole pharmacy in a plant.” The Cannabis Sativa L plant contains more than 500 natural compounds (terpenes, flavonoids and more) and more than 113 cannabinoids. CBD is one of these molecules that comes from the flower of the plant and contains various therapeutic properties. Other cannabinoids that have been studied for years include THC, CBN, CBG, CBC, and many more.

When did we discover CBD?

Humans have been using cannabis industrially for thousands of years to make textiles, canvases, papers and medicinally as well. Until the 19th century, cannabis was grown regularly and extracts could even be found in pharmacies. The prohibition campaign, led by the U.S. government since the 1930s, blocked the advances and uses of Cannabis for political, economic (export of cotton and nylon) and social reasons, with a discriminatory and racist nature (basically to justify discrimination against the black community, and later on, the hippies). The US government then began to invest in studying the plant to be able to affirm its dangerous properties, managing to demonstrate the opposite, that is, with their studies they found Cannabis to be a plant with high therapeutic potential and a very low possibility for causing harm. Since 1961, despite scientific evidence and without any plausible justification, Cannabis has been classified as a substance of maximum risk and without any therapeutic value. In this legal framework it was almost impossible to investigate the Cannabis plant both in the United States and in Europe, but in the 60s in Jerusalem a researcher, Raphael Mechoulam, isolated and synthesized the structure of THC and CBD. As a result of this discovery, different investigations began on the therapeutic properties of cannabinoids, which, in the 90s, led to the discovery that humans and (some) animals possess specific receptors for cannabinoids and that they also produce their own cannabinoids. Read about the endocannabinoid system ? Endocannabinoid System 101

So why is everyone talking about CBD?

In the last 20 years, research has been increasing, but almost exclusively through in vitro and in vivo laboratory studies on isolated molecules, while human studies have focused mainly on cases of terminal illnesses and as palliative treatment (in particular using THC). CBD began to play an important role thanks to the discovery of its relaxing and antispasmodic properties, which led to the patenting of Sativex, a THC and CBD based drug prescribed for the some symptoms of Multiple Sclerosis. But what has radically changed the view on Cannabis and has driven the hundreds of studies that exist on CBD is the story of a girl named Charlotte, an American girl who began to suffer from Dravet Syndrome since she was a few months old, a rare form of intense and frequent childhood epilepsy that resists drug treatments and causes up to 400 seizures per week and death within a few years. Given the lack of response to the drugs and with Charlotte almost totally incapacitated, her family decided to give her CBD Cannabis oil ingested and the result was unimaginable: the seizures were reduced to 3 or 4 per month without the need to take any more medication and the girl began to walk, feed herself and develop her cognitive functions. In recent years, Charlotte managed to almost completely overcome her illness but sadly she passed away in March of 2020 from pneumonia, at the age of 13. Charlotte’s story has led to an exponential increase in research on CBD that has led to the discovery, in addition to its antiepileptic and antispasmodic properties, its anxiolytic, anti-inflammatory, analgesic and neuroprotective effect. The climax for CBD regulation was in 2017 when the WHO’s Expert Committee on Drug Dependence declared that Cannabidiol (CBD) is “neither addictive nor harmful to health” and that it has great therapeutic and medicinal potential, recommending that the United Nations reclassify the Cannabis plant start to regulate its use, country by country.

The benefits of Cannabidiol (CBD)

The most important therapeutic properties of CBD, demonstrated with quality evidence are the following:

CBD has been studied to treat a variety of diseases and conditions such as (Project CBD):

Why does CBD work with our body?

Through studies on phytocannabinoids it was discovered that humans and animals in general have endocannabinoid systems (ECS), a complex intercellular communication system, similar to a neurotransmission system, which in addition to spreading through the brain, also does so in other organs and tissues of the body. It’s responsible for balancing metabolic processes and optimizing our body’s function. It plays a crucial role in regulating our physiology, mood, and day-to-day experience.

How does CBD work with our body?

Compared to other main phytocannabinoids (THC, CBG, CBC, CBN, THCV …) that are characterized by directly stimulating or inhibiting the ECS receptors, CBD behaves in a very different way, since its way of acting is characterized for being more indirect and enhancing the ECS’s activity. It can be defined that CBD is in charge of modulating the ECS, that is to say that it makes itself “available” by varying its activity according to the needs of the moment and acting in a more indirect way, thus allowing the ECS to improve its effectiveness. In particular, CBD plays a fundamental role in the regulation and modulation of inflammatory processes and functional recovery, as well as facilitating both physical and mental relaxation. Raphael Mechoulam said that almost all diseases can be rooted in a dysregulation or imbalance of the endocannabinoid system. In a 2014 publication, scientists stated that “Modulation of the activity of the endocannabinoid system may have therapeutic potential in almost all diseases that affect humans.”

How to use CBD

The two most typical formats to use in CBD are … Topical use: In Spain the use of CBD is regulated for a topical use only and can be found in balms, ointments, oils and creams. We have a multitude of CBD receptors in our skin, muscles and joints which makes CBD properties very effective for localized inflammation and pain as well as for relieving symptoms from afflictions such as redness, acne, eczema or psoriasis.

Sublingual use is the most common use of CBD as its effects are felt globally. This means we can place a couple drops below our tongue and CBD will be absorbed through the mucous membrane and delivered directly to our bloodstream. CBD oils are a mixture of CBD with a carrier oil such as hemp seed or coconut oil. In Spain this use is not regulated, however in the US, Canada, UK, Germany, Italy and Switzerland, sublingual use is advised to better increase and optimize the effects of CBD oil on a global level. There are other ways to use CBD, check out our article How to use CBD?

How does CBD feel?

The effect of CBD will vary in each person, although it is characterized by a feeling of tranquility and relaxation both physically and mentally, without having a psychotropic effect that it’s cousin THC is known for. On a physical level, it resembles the feeling of relaxation after having received a massage, while on a mental level it resembles the feeling of relief and calm that occurs when you go from a very noisy situation to almost total silence. CBD is a very safe substance that has no particular adverse effects. The side effects of CBD are usually of moderate-mild intensity and could include: tiredness, drowsiness, dry mouth, dizziness, and decreased appetite.

Currently there are only a few publications on how CBD can interact with other drugs, but there is a vast lack of clinical studies. Research has so far concluded that CBD can slow down the absorption of other substances, therefore it is not recommended to combine CBD with other medications. Always consult with your doctor beforehand. There is also little clinical research on how CBD can affect pregnancy and lactation, therefore it is not recommended to use CBD for people during pregnancy or during the lactation process.

CBD is legal in Spain. Industrial hemp can be grown as long as the strains do not exceed a concentration of 0.2% THC among their cannabinoids. However, at a commercial level, internal use is restricted, therefore the products cannot be marketed for ingested or sublingual use. Due to this regulation, all products marketed in Spain are exclusively for external use and classified as cosmetics.

Where to buy CBD?

CBD products can be found in online stores, herbalists, CBD specialty stores, pharmacies and at our shop!   Bibliography: 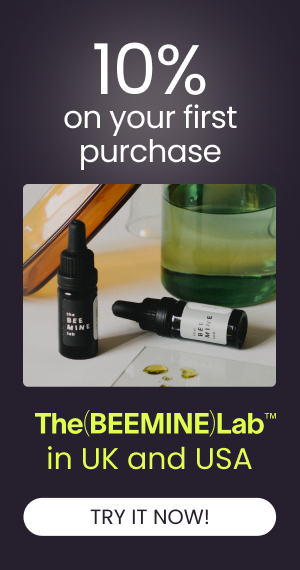 We design sustainable products combining the benefits of beekeeping and cannabis (CBD) so you can take care of yourself, the bees and the planet.

Get to know our productsLearn about our history 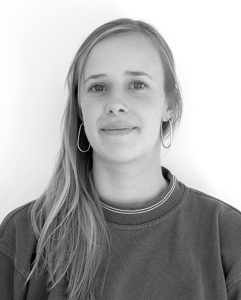 Christina dedicates her time to research and development in the cannabis world. With experience in design, innovation and sustainability projects, she seeks to unite different entities in the cannabis world to help destigmatize the plant and make it more accessible to users. 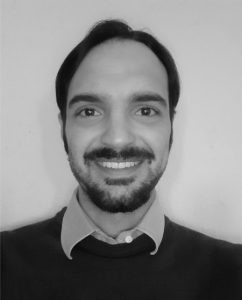 Discover how to get started in the world of CBD. What products are most in demand? What are the benefits of selling products with Cannabidiol? In this article we explain the keys to creating your own CBD brand.

How to use CBD for different sleep disorders

Learn how CBD can become an ally to regulate our Endocannabinoid System and help us achieve repairative sleep.

Why is CBD beneficial for our skin?

Learn about CBD’s anti-inflammatory, antipruritic, anti-aging and antioxidant properties as an alternative to traditional treatments for skin afflictions.